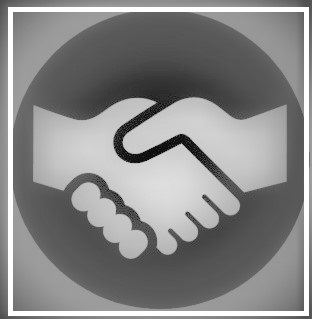 Years ago, my mentor, friend and partner in business, Dave Silva, taught me a few lessons about integrity! I had been working on a job at a big apartment building replacing all the wood that had been damaged by termites and dry rot.

I had determined how much lumber I would need to complete the job and had ordered it from a local lumber yard. The lumber had been paid for and soon it arrived on a truck. The driver and I unloaded it and stacked it in neat piles on the job site. I signed for the delivery, and the driver left.

I stood for a moment looking at the piles of lumber. Something was wrong. It looked like there was too much lumber. I checked the paperwork and realized that there was about $1,000 more lumber than we had paid for! This was great! I could finish the job, and we would have all that lumber left over. We could use it on the next job, charge the next customer for the lumber, and we’d “make” about $1,000 because of all this “free” lumber!

I was thrilled and couldn’t wait to tell Dave. Dave visited each job site daily, so it wasn’t long before he drove up and got out of his truck. “Hi, Dave,” I called to him. “I have great news!” I told him about the extra lumber that had been delivered and how no one would know that we had it and hadn’t paid for it.  I went on the explain how we could use it on the next job that required this type of wood and save a lot of money.

Instead of receiving this news with the enthusiasm that I had expected, Dave gave me a dark look and shook his head sadly. “No, Gilbert, I don’t operate that way.” “This is what you are going to do,” he added severely. “You are going to finish this job, and at the end you will load all of that lumber on your truck, and you will take it back to the lumber yard where it came from. When you get there, you will tell them that they delivered that lumber by mistake.”

I was surprised to hear this from a general contractor. This had not been my experience at all with men working in this trade. “Okay,” I muttered glumly. Dave drove away, and I was left to puzzle over this incident for the rest of the day. I had come to admire Dave greatly in the short time that I had been employed by him.

I had heard someone say that Dave had “integrity”. This was a word that was new to my ever-expanding English vocabulary, and I had thought that I understood what it meant. I knew Dave was honest, hard-working, and fair, and that he believed in delivering good products to his customers. I also knew that he believed in making a profit, just like any other business owner. So why wouldn’t he jump at the chance to make a profit using this unexpected windfall of free lumber? He hadn’t stolen the lumber. It had been like a “gift” that no one knew about. Kind of like finding money on the street.

That was what puzzled me. There is nothing like working with your hands to let your mind work out a problem, and my hands and my mind were busy all day. Then it hit me! Integrity was more than just being honest in your everyday dealings with others. It was being honest even when no one was looking, so to speak. It meant that you could be trusted to do the right thing

ALL the time and in every circumstance. It meant that you didn’t take advantage of people even when they were unaware of it. And it meant that you lived by a standard that you never altered no matter what happened – even if it meant having to do something not to your own benefit!

This last idea struck me like a lightning bolt! My face burned with embarrassment when I realized how I must have looked to Dave. I had apparently been willing to “cheat” the lumber company, yet until he spoke to me, I hadn’t seen it that way. Since I really valued his good opinion, I resolved to become a man of true integrity – just like Dave!

This wasn’t the only lesson in integrity that I received from Dave. A year later, Dave Silva asked me to start helping him to do estimates and sales jobs for the company. By that time, I had been working as Production Manager. I was the one who visited the job sites, ensured that the workers were on target, and kept the jobs within budget. I made sure that we were delivering great products, that the customers were happy, and that the company was making a profit on each job.

After I had estimated and sold a few jobs, Dave approached me and said, “Gilbert, sometimes you may find that your original estimate of the time and materials for a job was more than what it will actually take to do the job. Then you are going to be tempted to keep quiet so that you can keep the extra profit. “For example,” he said, “on a big remodeling job, your original estimate to install 30 LED lights might be $230.00 for each light and materials). That would be a total of $6,900.00. “However, the client later changes his mind and only wants 20 LED lights. That’s 20 times $230.00 for a total of $4,600.00. So, there are 10 lights ($2,300.00) that were not installed on the job. “Since the overall price for this big job might be as high as $200,000, the client might not notice what has happened.

“But you see it, and you know what is going on. “The right thing to do is to bring this to the attention of the client and give him a $2,300.00 credit on the contract.” “This is integrity,” he added. “And when you act with integrity, it means that you are hiding nothing. Because of this, nobody can touch you. Your integrity makes you so strong that nothing can shake you. You are clean and feel good about your business and about being honest with the people you do business with!”

I am forever grateful to Dave Silva for teaching me the true meaning of “integrity”!