Where do I Start? I Want an Addition to my House….

I Want an Addition to my House….Where do I Start? 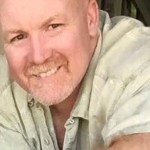 Most people think that the first place to start when you do an addition is talk to an architect but you can be steered in the wrong direction especially if you have a budget. The first thing you should do is talk to 3 contractors. Get their opinion on what your ideas are for the project. Have them give you a verbal estimate on what you have in mind. A written estimate is a little premature at this point because there are no plans to determine cost. It is just an idea of what is wanted.

Contractors either subcontract or draw plans themselves. It is my opinion that you should hire someone to draw plans that will also be doing the work. The reason for this is that the builder will know from start to finish what you want and can keep you in your budget. An architect doesn’t know costs and will just draw what you want. When you get the estimates from the contractor after you have approved plans, the cost may be a lot higher due to nobody helping you decide between what you need/want compared to the amount you can or want to spend.

You, as the homeowner will get to know the contractor. Is he reliable? Does he do what he says he’s going to do? Does he keep in contact with you through the whole project? If he doesn’t get you through the architectural stage then maybe he isn’t the right contractor for the job. At that point you can part ways and get other estimates. Also the contractor would be responsible for everything that is on that plan and can’t blame “your architect” for the problems that might arise. There is nobody other than himself that is responsible for your job and there shouldn’t be hidden costs because he drew the plan.

When you have an architect, they often times use boiler plates so what you see are details from other jobs he drew. Homeowners may be unaware of what is on that plan. Unless you have a really responsible architect that puts everything you want on the plan it can open up issues later because the plans don’t reflect your desires. The contractor bids the work that he sees on the plan but if there was a miscommunication or no communication with the architect, then during the build, there are constant hold ups that can cost thousands of dollars.

Please call me if you need help.